Best In Show (most popular vote by all judges)

The hack was to add pressure sensors to the soles of Irish dancing hard shoes and then send the data back wirelessly so it appears as a standard MIDI device, like a keyboard or drums. This allowed the tap shoes to perform as an instrument of sorts, the sound of which can be controlled in software.

Here is a video of them in action on the day 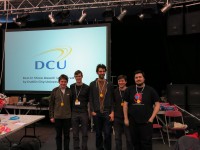 They created a cotton body with removable organs. The lungs, heart, liver, stomach, pancreas, kidneys, large and small intestines were made and stuffed. Velcro was used to attach the body parts to a quilted backing sheet. The heart was embroidered with coronary arteries and veins. The lungs had bronchi and bronchioles embroidered on. There’s a net to hold the small intestine in when the cotton cadaver is held vertically (without it, it resembles a zombie movie with guts everywhere). The body parts are roughly accurate in size and location, and correspond to a small man or average woman in size. They’ll make a great teaching tool. 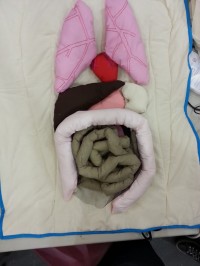 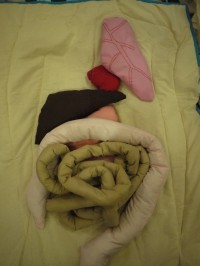 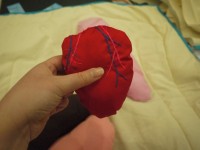 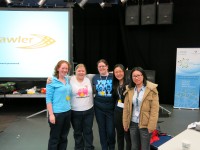 The arduino is a great platform for beginning robots as long as you know how to code. Scratch is a great GUI tool for learning to program code. We tried to combine scratch and other software such as Minibloq to make it easier for non-programmers to start programming arduinos. We were particularly focused on the robotics application but it can be expended to other areas. We are very happy with our results and hope to take this to schools and robot dojos to help get younger people started in robotics. 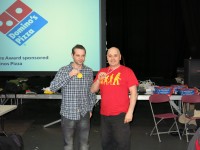 Have you ever wondered how far away you are from your nearest tree? 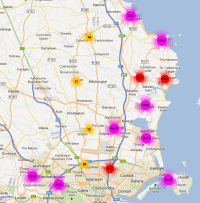 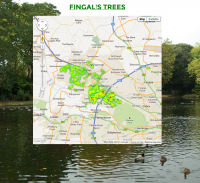 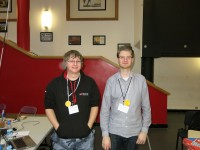 PLYLSTR reads in all your facebook friends and allows you to select one of those friends. From there PLYLSTR generates a music playlist based on the selected user, allowing you to get personalised wall of sound. 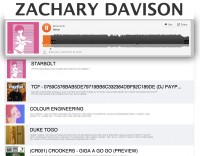 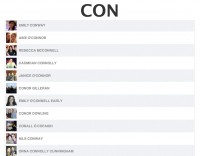 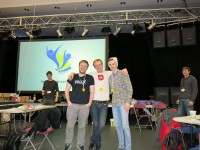 This hack involved writing code and scripts to capture video content from a Camera or Kinect and process it using OpenCV. The output would be processed and reformatted to produce an output suitable for display on a small custom 32 by 40 pixel RGB LED panel I designed and built last summer. 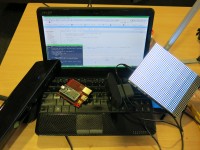 When children play “keepy up ball” is there a way to keep count of the kicks electronically and then switch off if the ball drops off the boot?
Accelerometer attached to the ball tracks impacts and the ball motion and can count the number of consecutive kicks between the start ( at rest or being held) and end ( at rest) 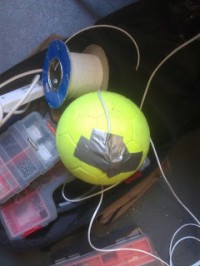 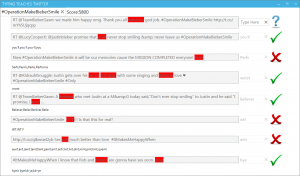 Source code and links: The project is hosted here.
https://github.com/thelinked/Oxford-Tower-Defence

The fair and square rent calculator is a computer aided negotiation tool that allows housemates to find who should get which room and at what cost. It calculates allocations that prevent envy between housemates.

Splitting the rent in a house is really hard. People end up feeling they are being taken advantage of and sometimes friendships become strained. Many housemates go to great trouble attempting to ensure that no one feels exploited.

The algorithm used to avoid this problem is from this paper ‘Bidding for envy-freeness: A procedural approach to
n-player fair-division problems’ by Su, Haake and Raith
http://www.math.hmc.edu/~su/papers.dir/bfe.pdf

Our online and mobile enabled implementation of this algorithm ensures no one will think they can get a better deal by swapping with another housemate for that housemates room at that housemates rent. The use of an independent algorithmic arbiter of fairness means no one comes across as mean. Everyone gets the room they want at a price that ensures there is no envy.

Screenshots, photos and videos: https://docs.google.com/file/d/0ByfEYKk1FmScRWQ2a0VLeHpTR3M/edit?usp=sharing
Screenshots at the bottom of the presentation